I am writing to you to confirm and clarify the school’s position regarding a wider re-opening. The position is the same as announced to parents on Friday 22nd May. There are NO changes to our plan, despite the prime minister’s broadcast yesterday.

Children in school prior to the half term break, will continue to access this service, when the school re-opens, on Thursday 4th June.

A wider range of children from vulnerable families will begin accessing provision in school from Monday 8th June, by invitation, but on a rota basis, two days per week.

The return of the Year 6 cohort will take place no earlier than Monday 15th June.

The return of the Year1/Reception cohorts will take place no earlier than Monday 22nd June.

We have heard repeated announcements from the government, over the last couple of months, that decisions will be “guided by the science”. There has been much discussion over this.

I offer the following with regard to this issue:

I hope this clarifies our situation. Obviously, we are keeping the situation under review and we will inform you if our published plan is to be changed. 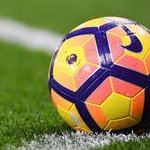