Duke Street Primary school is a school with a long tradition. Opened as Duke Street Council School in 1915, the school has seen many changes over the years.

The separate infant and junior schools became one primary school in 1995 and in the early 21st century, the school began a dramatic modernisation programme. Classrooms in the main block were refurbished in 2005 and the following year saw the construction of the new kitchen and hall, enabling the school to provide fabulous meals on site and facilitating sports and drama activities and more ambitious productions.

The demolition of several outlying buildings in 2007 paved the way for the creation of the new Foundation Stage and Key Stage 1 wing. A new entrance and office suite were opened in June 2008. The new wing also houses our state of the art ICT suite, which was completed in January 2009. This is an amazing facility of an exceptionally high specification which is rarely seen in a primary school.

The school continues to improve both the internal facilities in classrooms and other shared areas as well as improving the outside areas including, play provision. The school is actively seeking further funding to develop other aspects of the premises.

The school is not just about the buildings, and a substantial amount of effort has been channelled into developing the curriculum to meet the needs of all the children. A robust assessment system has been developed over the last four years and we place a strong emphasis on ensuring that all children are closely monitored on a regular basis so they make the maximum progress of which they are capable.

The school places great significance on pastoral issues. Only when children are safe and happy will they learn. Staff and children have an important part to play in well-being and ensuring everyone is safe and happy in school. Older children have the opportunity to apply to become trained buddies, who help to make playtimes more enjoyable for children in year 6 down to reception.

Pupil voice is very important and we have a very active school council who work hard and take note of what children across the school want to see in way of improvements.

Partnership with parents and other members of the community are very important to the development of the school and to the degree of success we have, in ensuring our children become increasing independent learners and respectful citizens. We want to work closely with parents to provide the best for each child and get the best from each child. We are committed to sharing information about the children’s work and progress with parents.

The establishment of the children’s centre in 2008 was something which had a big impact on families in our community. In 2016, children centre based support, largely transferred to our own safeguarding and outreach team, within school. This team was set up  to engage with parents, improve family life, promote well-being,  and ultimately ensure that children are safe and make the best progress that they can at school. 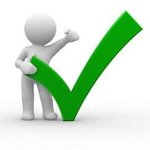 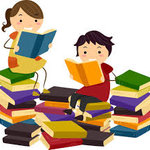 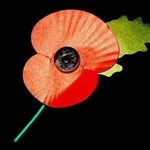