Art, craft and design embody some of the highest forms of human creativity, which is something that we want all children to be able to be. A high-quality art and design education should engage, inspire and challenge pupils, equipping them with the knowledge and skills to experiment, invent and create their own works of art, craft and design. As pupils progress throughout their time at Duke Street, they should be able to think critically and develop a more rigorous understanding of art and design. They should also know how art and design both reflect and shape our history, and contribute to the culture, creativity and wealth of our nation.

The National Curriculum for art and design aims and Duke Street aims are to ensure that all pupils:

2 year cycle for Art and DT 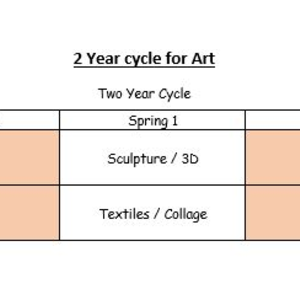 Our Approach to Art

Each key stage is focusing on a particular artist and using them and their work as inspiration to create their own versions. They will be using the techniques the artists have used and the skills that need to be met by the end of their key stage through out their sessions.

We understand that using a range of artists is really important for the children. The children need to understand that not all art is the same and that different artists use different techniques and inspiration to create their work. At Duke Street, we want to show the children over their time here, a range of famous, international and UK based artists, as well as local artists who use the local landscape and their lifestyles as inspiration.

Art throughout school during Autumn term 2021

Throughout autumn term, the whole school will be focusing on Drawing.

During autumn term each key stage will focus on these artists:

Paul Cadden was born Glasgow, Scotland in 1964 and completed a BFA degree in Animation and Illustration at James Watt College in 2003, preceded by a four-year course in print design and illustration at Glasgow College of Building and Printing.

His work is inspired by a fascination with the media, the way it manipulates audiences by favoring arguments in line with its own interests. He says that although his drawings and paintings are based on photographs and video stills, they are softer and more complex, presenting the subject as a living tangible object. He renders objects and scenes meticulously, to create a reality not seen in the original photo.

Hyper-realistic images place a great emphasis on details and subject. They are not direct translations of photographs or literal illustrations of a particular scene or subject. On the contrary, they portray a new element that the human eye could not detect in the original, in some cases because it did not exist. Cadden regards his paintings as a departure from classic Photo-realism, chiefly since they contain emotional, cultural and political themes without visual reference.

Keith Melling is one of England’s leading landscape painters. Born in 1946, he has been drawing and painting for as long as he can remember.

His first exhibition of 40 paintings was in 1966. Although making use of a wide variety of mediums and techniques, oil paint made by himself in the traditional way, is still a favourite. There is an ever increasing demand for his fine quality prints, published from paintings produced over the last 35 years. He is represented in collections throughout the world.

Van Gogh is today one of the most popular of the Post-Impressionist painters, although he was not widely appreciated during his lifetime. He is now famed for the great vitality of his works which are characterised by expressive and emotive use of brilliant colour and energetic application of impastoed paint. The traumas of his life, documented in his letters, have tended to dominate and distort modern perceptions of his art.

Van Gogh was born in Holland, the son of a pastor; he travelled to London in 1873, and first visited Paris in 1874. Over the next decade he was employed in various ways, including as a lay preacher. By 1883 he had started painting, and in 1885-6 he attended the academy in Antwerp where he was impressed by Japanese prints and by the work of Rubens. On his return to Paris in 1886 he met artists such as Degas, Gauguin and Seurat, and as a result lightened the colours he used.

Art throughout school during spring term 2022

Throughout spring term, the whole school will be focusing on Sculpture.

During spring term, each key stage will focus on these artists:

The medium of sculpture offered Joan Miro an opportunity to produce three dimensional representations of his surrealist ideas, creating an extra avenue for him to express his renowned imagination and creativity.

The artist produced sculptures in a variety of sizes and materials, partly due to the differing needs of those commissioning the pieces as well as his own natural instinct to consistently try out new possibilities on regular occasions. Of his most famous sculptured artworks, the majority were designed to be displayed outside and many still remain so.

Sir Antony Mark David Gormley (born 30 August 1950) is a British sculptor. His works include the Angel of the North, a public sculpture in Gateshead in the north of England, commissioned in 1994 and erected in February 1998; Another Place on Crosby Beach near Liverpool; and Event Horizon, a multipart site installation which premiered in London in 2007, around Madison Square in New York City, in 2010, in São Paulo, Brazil, in 2012, and in Hong Kong in 2015–16.

In 2008, The Daily Telegraph ranked Gormley number four in their list of the "100 most powerful people in British culture"

Art throughout school during summer term 2022

Throughout summer term, the whole school will be focusing on Printing.

During spring term, each key stage will focus on these artists:

William Morris was a British textile designer, poet, artist, novelist, architectural conservationist, printer, translator and socialist activist associated with the British Arts and Crafts Movement. He was a major contributor to the revival of traditional British textile arts and methods of production.

Andy Warhol was an American artist, film director, and producer who was a leading figure in the visual art movement known as pop art. His works explore the relationship between artistic expression, advertising, and celebrity culture that flourished by the 1960s, and span a variety of media, including painting, silkscreening, photography, film, and sculpture. Some of his best-known works include the silkscreen paintings Campbell's Soup Cans (1962) and Marilyn Diptych (1962)

Mary Katrantzou (born in Athens, Greece) is a fashion designer. She studied architecture at Rhode Island School of Design and graduated with a BA in Textile Design, and an MA in Fashion from Central St Martins, in London. Mary was dubbed 'The Queen of Print' by the press, a moniker that recognised the enormous influence of her work in the medium. Katrantzou's work changed the face of 20th century fashion inspiring high fashion and high street designers alike.

Below, is a selection of work that the children of Duke Street Primary School have produced over the past year. The children have worked extremely hard to develop their understanding of painting, sculpture and printing skills, and produced some amazing outcomes, that they should be really proud of. 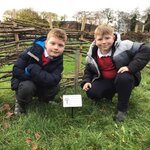 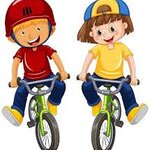 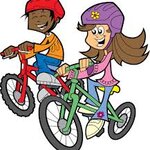